Beacon Pharmaceuticals Ltd on Wednesday donated pharmaceutical products worth around Tk 40 lakh to the war-hit people of Palestine to accelerate their treatment.

Beacon, a leading drug maker in Bangladesh, handed over the pharmaceutical products for the people of Palestine to its Ambassador to Bangladesh Yousef SY Ramadan at state guesthouse Padma in Dhaka this noon. 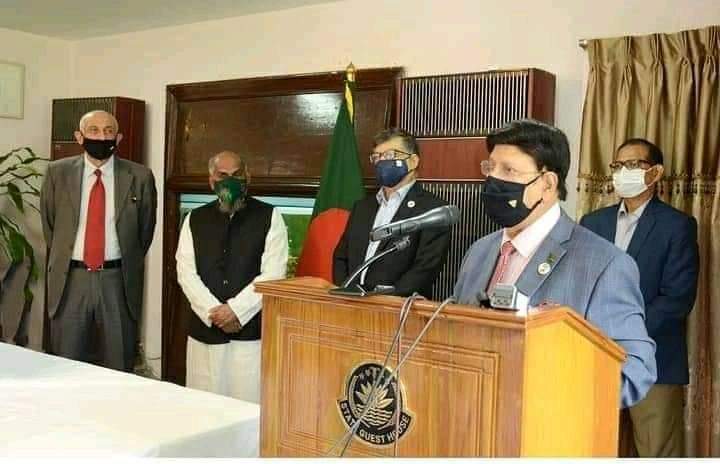 While addressing the programme, Karim said Palestine was one of the countries that recognised independence of Bangladesh in 1971.

“We have a good relation with Palestine as we believe in Muslim brotherhood. We will remain with them,” Karim said. 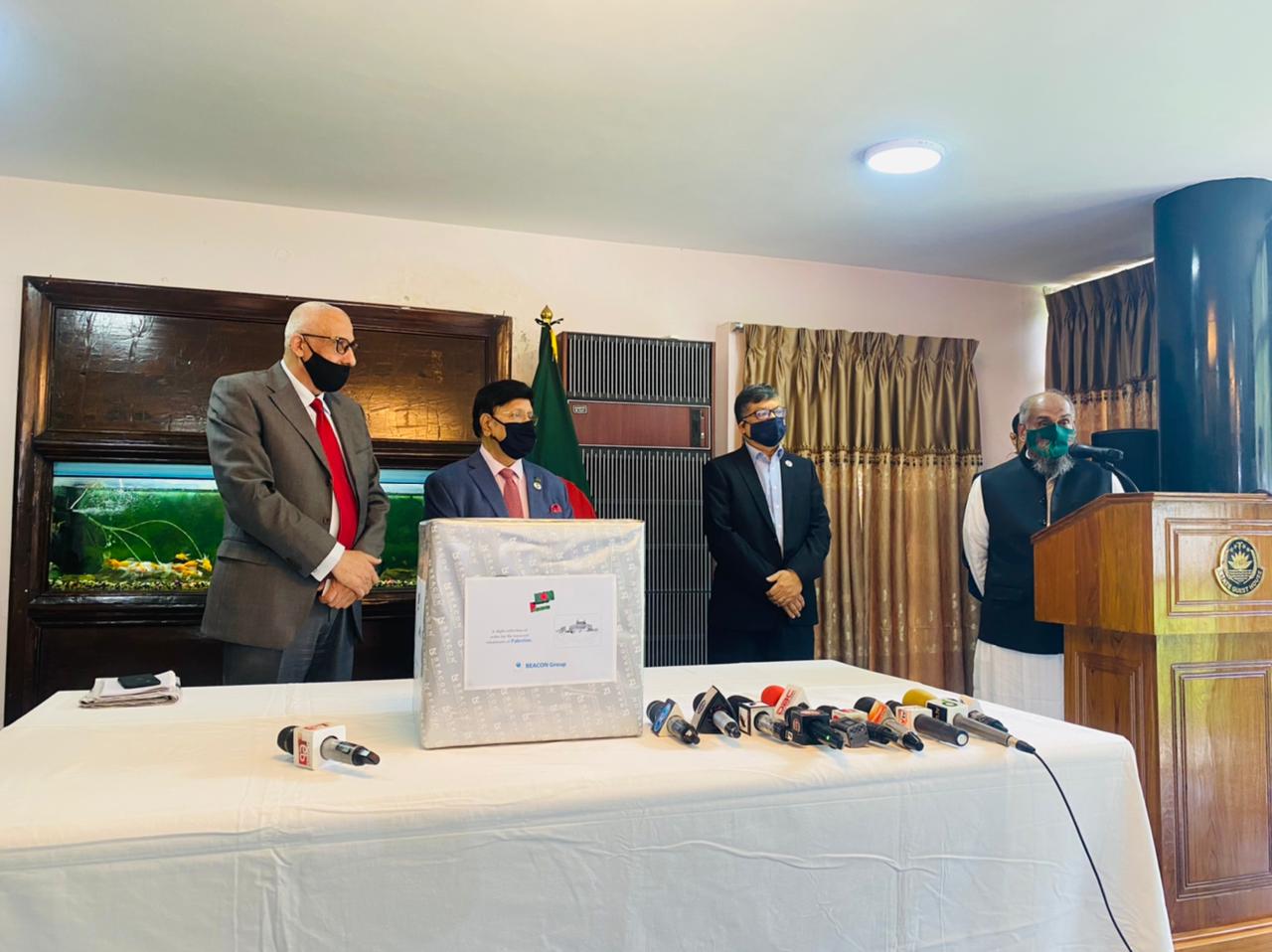 After receiving the medical aids, the Palestinian ambassador expressed his gratitude to Bangladesh and Beacon Pharmaceutical for such humanitarian aid.

“We appreciate the people of Bangladesh for expressing solidarity to Palestine,” the ambassador said. 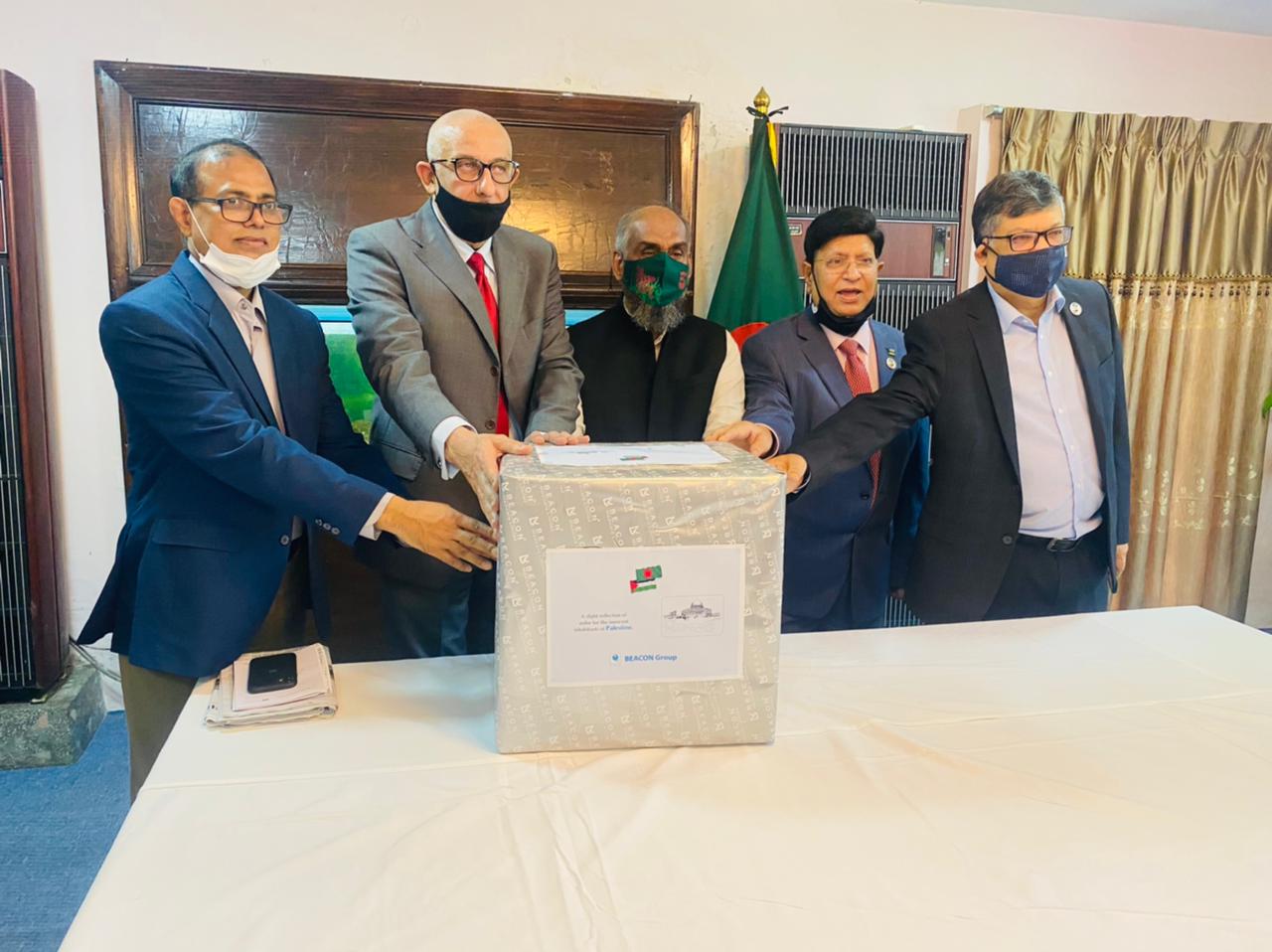 Talking to the reporters at the programme, Momen also thanked the Beacon Pharmaceutical for coming up with such supports for the war affected people of Palestine and said there will be more donations as Bangladesh handed over medicine worth Tk 40 lakh to the country.

About the Author: BPL